Newcastle manager Eddie Howe has warned pitch invasions could lead to a “potential tragedy” as British police opened an investigation into an “altercation” involving Crystal Palace manager Patrick Vieira and an Everton fan.

Footage appears to show Vieira kicking out at the supporter, who was apparently taunting the former Arsenal and France midfielder after Everton secured their Premier League status with a dramatic 3-2 win on Thursday.

The Palace manager, who was surrounded by jubilant Everton fans celebrating their survival, refused to comment on the incident after the game.

Merseyside Police said in a short statement on Friday that they had begun a probe into the events at Goodison Park.

“We are working with Everton FC to gather all available CCTV footage and are speaking to witnesses,” the force said.

There were also scenes of disorder at Port Vale on Thursday, with Swindon manager Ben Garner saying his players were “physically and verbally abused” after their League Two play-off semi-final defeat.

Newcastle boss Howe, whose side face relegation-threatened Burnley on the final day of the Premier League season on Sunday, said: “We have to act very quickly because we want to avert potential tragedy.

“The scenes at Nottingham Forest, I thought, were shocking to see and at Everton as well. I think we’re going into dangerous territory where something could happen in a game that has terrible consequences, and I don’t think anyone would want to see that.”

The national head of football policing described the rise of pitch invasions as “alarming”.

“The pitch is the players’ place of work and like everyone else, they should be able to feel safe,” said Chief Constable Mark Roberts.

“I know emotions are running high when clubs are getting promoted or avoiding relegation, but having large numbers of fans rushing onto the pitch at the end of the game is a safety risk for everyone.”

The English Football Association said the rise in anti-social behaviour is “completely unacceptable” and urged clubs to do more to control their supporters.

“It is illegal to enter the pitch area in any stadium and these actions are putting players, fans and people who run the game at great risk,” the FA said in a statement.

“This simply cannot continue and we can confirm that we are investigating all of the incidences.

“Clubs play a vital role in addressing this issue, and they need to prevent pitch invasions from occurring, as well as taking their own action against those that break the rules and the law.”

Liverpool could win a league title with fans in the stadium for the first time since 1990 this weekend should Manchester City slip up at home to Aston Villa.

The Reds ended their 30-year title drought in 2020 behind closed doors due to coronavirus restrictions.

But Liverpool boss Jurgen Klopp urged supporters to control themselves against Wolves at Anfield, even if they do win the title.

“For the players of the other team it’s massively uncomfortable and it should not feel dangerous for them,” said Klopp. “We can celebrate things without threatening ourselves and the opponent.”

The Premier League said it had reissued guidance to clubs regarding pitch invasions ahead of Sunday’s concluding round of matches amid warnings that supporters entering the pitch at any time risked a criminal record and a stadium ban.

“We will continue to discuss and address the ongoing issue of fan behaviour with the FA, EFL (English Football League) and other football partners ahead of the start of next season to ensure matches are safe environments for all,” said a Premier League spokesperson.

Chairman of League One club Accrington Stanley, Andy Holt, warned fans may end up bearing the cost for disorder in higher ticket prices to pay for enhanced security.

“Get a grip you complete clowns causing the problems,” Holt posted on Twitter.

He added: “You’re ruining the day for many, increasing club security cost and as a result ticket prices for all.” 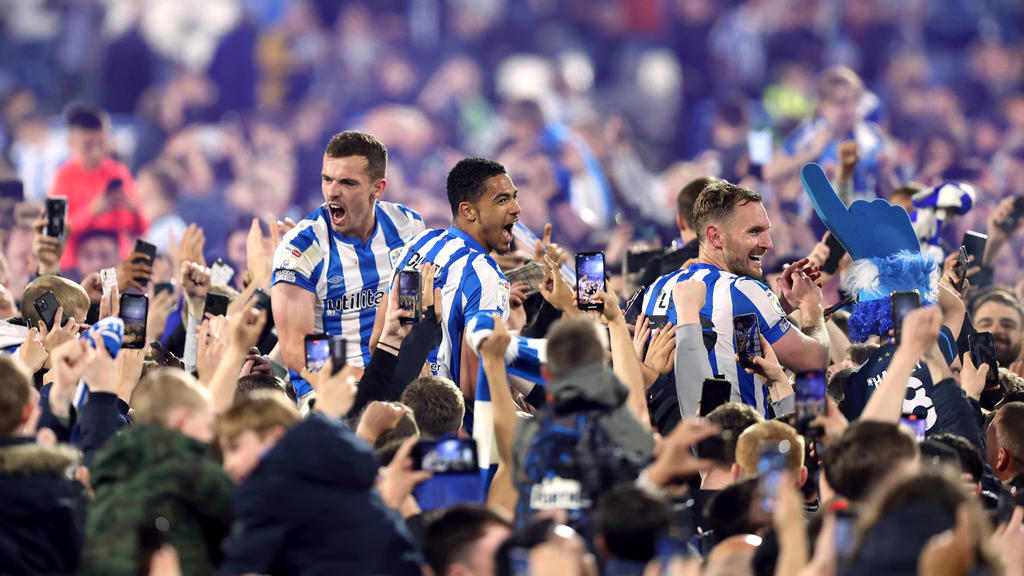